Airbus Delivers First A320 with Sharklet to Jetstar 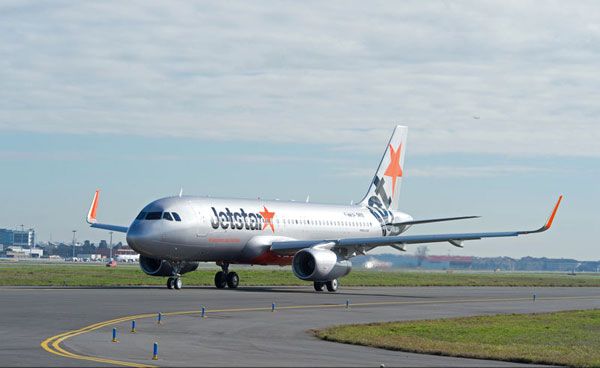 Jetstar Japan, one of Japan’s low-cost carriers (LCC), has taken delivery of its first Airbus A320 aircraft equipped with Sharklet fuel saving wing tip devices, becoming the first Japanese carrier for the type.

Sharklets are an option on new-build A320 Family aircraft, and standard on all members of the A320neo Family. The new wingtip devices measure 2.4 metres tall, replacing A320’s current wingtip fence. They offer the flexibility to A320 Family operators of either adding around 100 nautical miles more range or increased payload capability of up to 450 kilogrammes.

“We are very happy to be the first operator of the latest version of the cost efficient A320 in Japan” Jetstar Japan President Miyuki Suzuki said. “The new Sharklet-equipped A320 will help us to save on fuel costs and allow us to continue to offer low fares to our customer.”

“We are delighted that Jetstar Japan has joined a growing list of operators of our A320 equipped with new fuel-saving Sharklet wing-tip devices”, said John Leahy, Airbus Chief Operating Officer, Customers. “With a four percent fuel burn reduction, the A320 with Sharklets makes Jetstar Japan one of the most fuel efficient airlines and gives it huge competitive advantages in one of the world’s most challenging markets.”

Jetstar Japan started operations in July 2012. The company is a joint venture between the Qantas Group, Japan Airlines (JAL), Mitsubishi Corporation and Century Tokyo Leasing Corporation. Jetstar Japan operates an all-Airbus fleet of seven leased A320s, and this will grow to 24 aircraft by the end of 2014.

As of today, over 9,000 Airbus A320 Family aircraft have been sold worldwide and over 5,400 aircraft delivered to more than 380 customers and operators, making it the world’s best selling commercial jetliner ever. With proven reliability and extended servicing periods, the A320 Family has the lowest operating costs of any single-aisle aircraft.