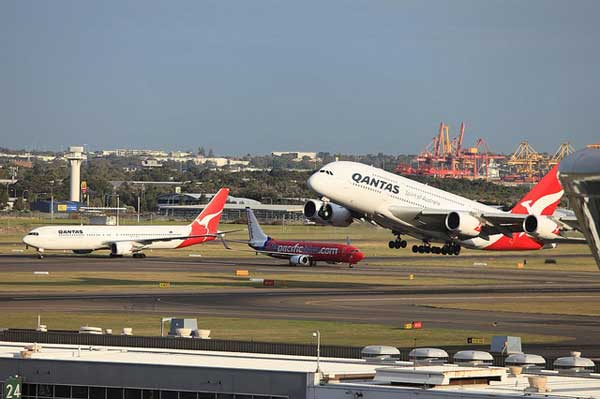 The Qantas Group today announced it would upgrade its entire fleet of Airbus A330s and order new Boeing 737-800s to drive its strategy in the international and domestic markets.

Beginning in late 2014, the Group will reconfigure the interior of 10 Airbus A330-300s and 20 A330-200s with a new flat seat in business class, refreshed economy cabin and a new inflight entertainment offering.

The Group will also purchase five additional Boeing 737-800 aircraft for Qantas Domestic (for delivery during 2014) and extend the leases on two existing B737-800s this year.

“Last month we announced a new schedule for Qantas International’s Asian network – today I’m delighted to confirm our plans to upgrade the A330-300 aircraft that we’ll be flying across that network.

“The refurbished aircraft will give Qantas International a truly world-class product in global aviation’s most dynamic and competitive market. Growing with Asia is a major priority for the Qantas Group and this investment underpins our commitment to the region.

“We will also upgrade 20 A330-200s for Qantas Domestic’s wide body fleet – meaning that our trans-continental flights will be operated by aircraft featuring lie-flat beds in business and the latest inflight entertainment technology.

“The upgraded A330-200s will be joined by more next-generation Boeing 737-800s for domestic short haul operations. With five additional orders, our B737-800 fleet will ultimately grow to 75 aircraft.

“We are simplifying our fleet and making better use of the greater flexibility and higher frequencies that the B737-800s provide, while investing in what will be the best domestic onboard product anywhere in the world with the A330s.

“We know that fleet renewal is vital to customer satisfaction and we are confident that these steps will help us remain the airline of choice for domestic business travellers.

“There will also be cost savings, because the A330 and B737-800 are more fuel-efficient and require less frequent heavy maintenance than older aircraft types.

“Together with our recent announcement of orders for five additional Boeing 717 aircraft and three additional Bombardier Q400s for regional operations, the changes we’ve outlined today will ensure that we have the right fleet in every part of the international and domestic market.”