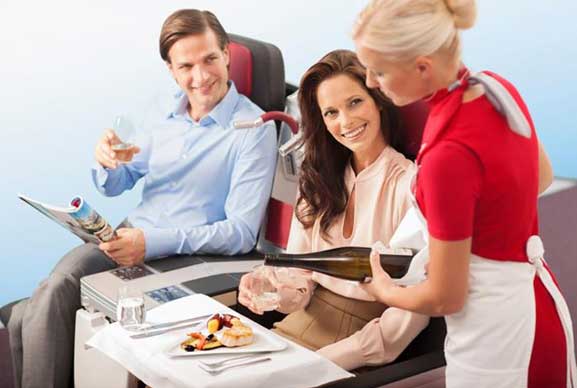 A clear majority or 58 percent of the Austrians interviewed said they supported abolishing the airline ticket tax. This was the conclusion of a representative survey of 1,000 Austrians carried out by the market research company GfK. 33 percent of the Austrians do not have a firm opinion on this issue, and only 9 percent of those surveyed are for keeping this air travel tax. The airline ticket tax was introduced in the year 2011. The industry has been discussing the usefulness of this tax since it came into effect because it reduces passenger volumes and above all damages the role of Vienna as a regional airport.

“The ticket tax impedes economic development in Austria. It costs more than it brings in revenue“, says Jaan Albrecht, CEO of Austrian Airlines, who adds: “It also damages Austria as a business location. As the biggest airline in the country we once again demand, strengthened by the clear support of the population, that this tax be abolished.

Study: Abolishment would have greater benefits

At the beginning of the year, British economists from Oxford Economics confirmed that eliminating the airline ticket tax would lead to 1.1 million additional passengers flying to or from Austria. The resulting effects would more than compensate for the lost tax revenue. Oxford Economics even assumes that the revocation of the air traffic charge would increase revenue by €6.5 million.

The Ministry of Finance budgeted € 90 million in additional tax revenue from the ticket tax, but the actual figure in 2012 was higher, at € 107 million.

The additional charges levied on flights were introduced in April 2011 without consulting the airline industry. Passengers flying to or from Austria paid the following fees in 2012:

As of January 1, 2013 (in order to attain a level below the ones prevailing since Germany reduced rates effective January 1, 2012), the charges levied for short and medium-haul routes were reduced.

In 2013, passengers are paying the following:

In Holland the airline ticket tax was abolished once again after a period of one year, the fact that passengers were avoiding flying to or from the country was quickly realized. “Austria could take Holland as an example once instead of always oriented its policies to what is happening in Germany“, CEO Albrecht adds.