Bombardier Eyes Opportunities in Africa at the AFRAA 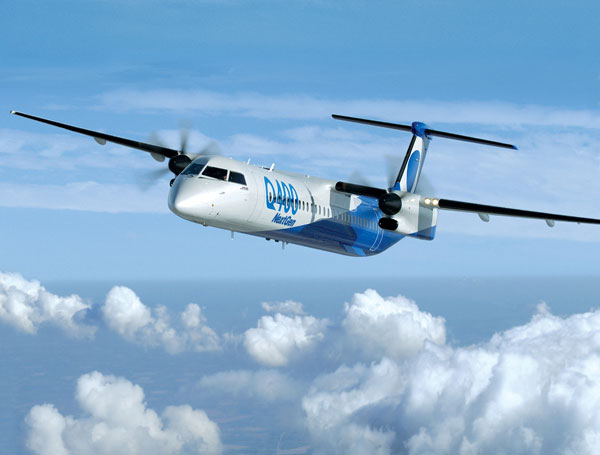 Bombardier Commercial Aircraft will reinforce its commitment to the African airline industry with its attendance at the 44th Annual General Assembly of the African Airlines Association (AFRAA) in Johannesburg, November 18-20, 2012.

Bombardier will showcase its powerful line-up of commercial aircraft, the Q400 NextGen regional turboprop, the best-selling CRJ NextGen regional jet family, and the all-new CSeries mainline jetliner, the new benchmark in airliner design. Earlier in 2012, a Q400 NextGen aircraft made eight stops in Africa during an extensive demonstration tour that visited five continents.

Bombardier commercial aircraft are already significantly present on the African continent with more than 160 Dash 8/Q-Series and CRJ aircraft in service with, or ordered by, 40 operators and leasing companies in over 20 countries.

Recent orders from African carriers include five Q400 NextGen aircraft from Ethiopian Airlines to increase its fleet to 13 of the type and RwandAir’s purchase agreement for two CRJ900 NextGen regional jets plus two options, the first of which recently entered revenue service. Ethiopian Airlines’ Q400 NextGen aircraft − three of which will be operated by its affiliate, ASKY Airlines of Togo −were the first to be outfitted with Bombardier’s newly introduced dual-class interior for the turboprop.

“This region is poised for growth and over the next 20 years, it is predicted that Africa will be one of the leaders in annual economic growth, second only to China. We are excited by the potential opportunities for expanding commercial aviation in Africa and our role in that development,” said Raphael Haddad, Vice-president, Sales, Middle East and Africa, Bombardier Commercial Aircraft, who will lead Bombardier’s delegation at the AFRAA Annual General Assembly.

“Our market forecast for the 2012-2031 timeframe predicts that African airlines will take delivery of 550 aircraft in the 20- to 149-seat segment industry wide. The majority of that demand is expected to be in the 100- to 149-seat market segment that belongs to our CSeries family of airliners, while the remainder is expected to be mainly in the 60- to 99-seat market segment in which our Q400 NextGen and CRJ NextGen aircraft compete,” added Mr. Haddad.