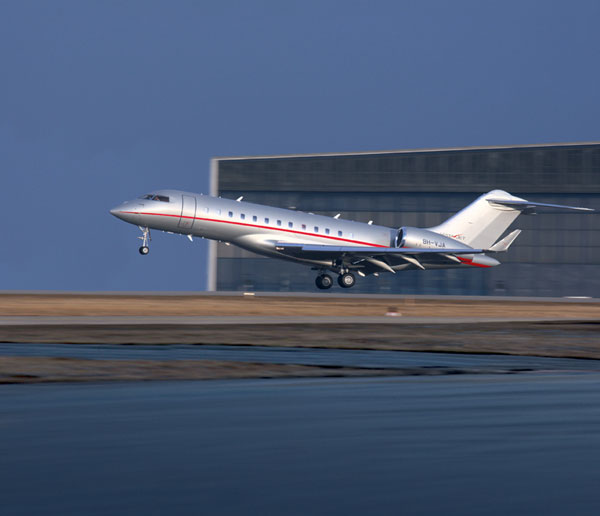 “As anticipated, our revenues were lower in the second quarter. However, we expect revenues for the full year to be in line with last year’s,” said Pierre Beaudoin, President and Chief Executive Officer, Bombardier Inc.

“In Transportation, revenues were lower due to the timing of completion of certain large contracts while major new orders are still in the start-up phase. We continued to see a good level of activity with $2.9 billion of new orders in the quarter, especially in North America and Europe.”

“In Aerospace, revenues for the quarter were higher at $2.3 billion compared to $2.1 billion last year, with overall deliveries of 62 aircraft compared to 56. The level of new orders in Business Aircraft was quite strong and the momentum continues in Commercial Aircraft with 174 orders and other agreements announced so far this year. Our new aircraft development programs are achieving major milestones and both the CSeries and the Learjet 85 are driving towards entry into service by the end of 2013.”

“Our very large backlog of $56.9 billlion positions us well for the years ahead and is a testament to the success of our overall portfolio of products,” concluded Mr. Beaudoin.

Bombardier Business Aircraft saw a strong level of order intake with 134 net orders compared to 43 for the corresponding period last fiscal year. This includes the conclusion with NetJets Inc. of the largest business aircraft order in Bombardier’s history, for 100 aircraft of the Challenger family, with options for 175 aircraft. Based on list prices, the value of the firm order is $2.6 billion and could increase to $7.3 billion if all options are exercised. In addition, NetJets Inc. and Bombardier entered into a long-term service agreement valued at $820 million, or $2.3 billion if all options are exercised.

To date, Bombardier Commercial Aircraft has shown a solid performance with 174 orders and other agreements, including 72 firm orders. These orders cover the wide range of our products, and many regions of the world, such as WestJet’s order for 20 Q400 NextGen turboprops, China Express with an order for six CRJ900 NextGen aircraft, Nordic Aviation Capital which ordered 12CRJ1000 NextGen jets, and finally, Privat Air has placed an order for five CSeries aircraft.

The CSeries and Learjet 85 aircraft development programs are making good progress towards entry-into-service at the end of 2013. On the CSeries programs, substantially all the main systems are up and running on “Aircraft 0”, our on-the-ground integrated systems test and certification rig. The progressive commissioning of the systems in “Aircraft 0” allows us to ensure aircraft testing and validation on the ground, prior to first flight.

Our Learjet 85 program is also making good progress. Work on the two first flight test aircraft and on the Complete Aircraft Static Test (CAST) ground test platform is well underway with the production of hundreds of composite components, including the unique 32-foot composite pressure fuselage.