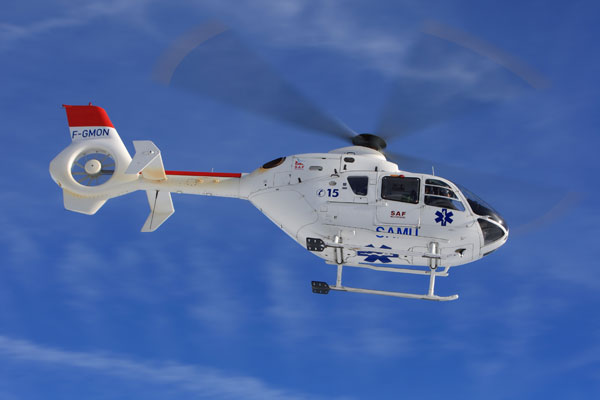 A second order is expected to be carried out later this year and rapid growth is anticipated in the HEMS market – as many as 50 helicopters are expected to be deployed throughout the country in the coming years.

With first deliveries planned to take place by late 2013, AVIATORS is establishing itself as a pioneering HEMS operator in India.

“As the EC135 is a global reference in helicopter emergency medical services, it is highly appropriate that AVIATORS will introduce such operations in India with these extremely capable helicopters,” explained Norbert Ducrot, Eurocopter Senior Vice President for Asia Pacific.

The EC135 is operated worldwide for a broad range of missions, including HEMS, law enforcement, rescue operations and business aviation. Equipped with a Fenestron shrouded tail rotor and bearingless main rotor, the helicopter delivers excellent performance, range and payload capacity. Its large, unobstructed cabin, oversized sliding side doors and rear clamshell doors enable rapid loading/unloading of patients and equipment – even with the rotors turning –which facilitates operations during time-critical emergency medical missions.