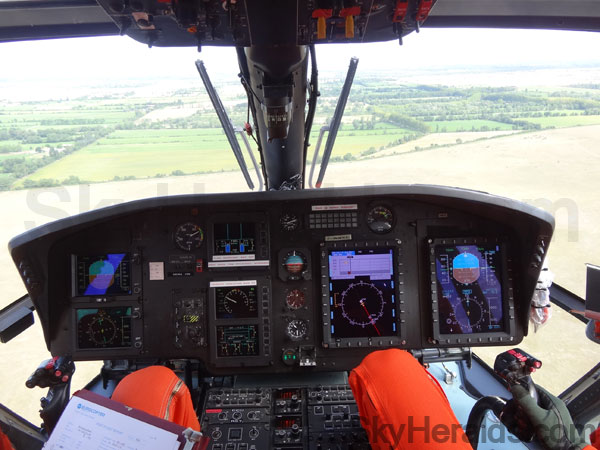 Eurocopter has successfully demonstrated new landing procedures relying on augmented satellite guidance that can be tailored to more completely comply with the local environmental requirements.

These new landing procedures were validated with a twin-engine Eurocopter EC155 during flight tests performed as part of the company’s participation in the Green Rotorcraft Integrated Technology Demonstrator program – which is part of Europe’s Clean Sky Joint Technology Initiative.

Eurocopter’s validation flights demonstrated significant reductions in the helicopter’s perceived sound footprint – consistent with predictions. They also confirmed that such automated low-noise approaches could be tailored to local environmental requirements, thereby optimizing Eurocopter helicopter operations for even the most sensitive environments.

The flight testing involved the use of optimized noise abatement flight paths compatible with Instrument Flight Rules (IFR) operations. During the EC155’s landing approaches, vertical guidance was provided by EGNOS, the European Satellite-Based Augmentation System (SBAS), with the helicopter’s Flight Management System (FMS) coupled to the Automatic Flight Control System (AFCS). This enabled the new approach profiles to be flown accurately, minimizing the pilot workload with an automatic monitoring of speed profiles and ascent/descent rates.

“Improving the neighbour-friendly aspects of rotorcraft continues to be a priority for us, and these new tests underscore how advanced flight guidance systems can be brought together with the latest navigation technologies to reduce perceived sound,” said Yves Favennec, Vice-President of Research at Eurocopter.

Eurocopter is a founding member of the Clean Sky Joint Technology Initiative, and recently joined with its other members to propose an extension of this effort during the 2014-2024 time period.