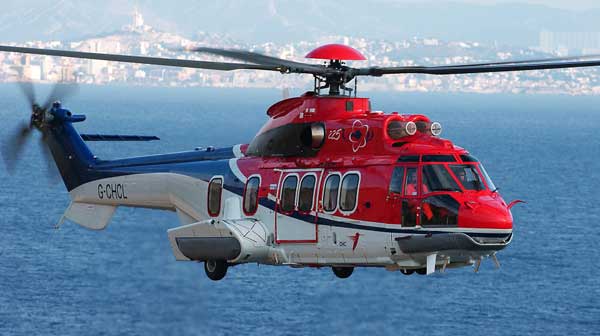 China’s largest helicopter operator in the power and electricity sectors, the State Grid General Aviation Company (SGGAC), has ordered one EC225 and two AS350 B3e rotorcraft to support the country’s electrical grid development and build the Chinese company’s business into other airlift duties.

As the wholly-owned subsidiary of State Grid Corporation of China, one of the world’s largest electricity providers, SGGAC is now expanding its helicopter business scope into aerial survey, emergency rescue, passenger and freight transportation, infrastructure construction and scientific experimentation.

The latest agreement expands a multi-year relationship during which Eurocopter has become one of SGGAC’s most important aircraft and services provider. Eurocopter provided an AS350 B3 that assisted in completing the Qinghai-Tibet AC-DC Interconnection Project plateau line, with the rotorcraft setting a 5,350-meter altitude record for helicopter-based power line support operations.

Eurocopter will deliver the newly-ordered AS350 B3e helicopters to SGGAC late this year for deployment in power line survey missions and in transportation duties. The rotorcraft are to incorporate an air conditioning system and will be outfitted with an electrical hoist capable of carrying 200-kg. loads.

More: Do not miss sale. Book your cheapest holiday trip! 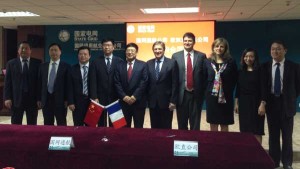 The EC225 is to be received by SGGAC in 2015 for multi-role missions, including utility and emergency rescue.

“With SGGAC growing its helicopter fleet and capabilities, we look forward to expanding on the mutual trust and our win-win partnership with Eurocopter – thereby preparing the future of China’s general aviation together,” stated SGGAC General Manager Zou Ben Guo.

For the future use of helicopters in developing China’s electrical and power grid, Eurocopter can apply its teaming arrangement with France’s Réseau de Transport d’Electricité national electricity network to offer and implement new helicopter power line maintenance procedures and techniques.

The AS350 B3e helicopters ordered by SGGAC are the enhanced versions in Eurocopter’s high-performance Ecureuil light helicopter family. The Ecureuil is the most recognized lightweight helicopter product line in China, with about 36 units in operation today.

Eurocopter’s EC225 integrates the company’s latest technological innovations in a highly capable 11-ton-category helicopter. The EC225 and Super Puma family number around 30 aircraft in China today, used widely in search and rescue missions and offshore operations. An EC225 full-flight simulator also has been set up by Eurocopter for the provision of simulation training, which is housed in the Airbus facility in Beijing.