A “tailor-made” Eurocopter EC135 helicopter doubles emergency medical airlift capabilities for the U.K.’s Devon Air Ambulance Devon Air Ambulance has added a second Eurocopter EC135 to its helicopter fleet, enhancing the service provider’s own airlift capabilities and further fostering the market presence of this rotorcraft type in medical missions throughout the United Kingdom. The EC135 P2i […] 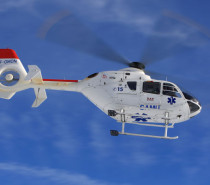 Eurocopter and AVIATORS lead the way in emergency medical services in India with a major contract for the EC135 Marking a key milestone in India’s development of modern heliborne resources to support lifesaving missions, AVIATORS Pvt Ltd signed today, in the presence of French President François Hollande, a firm order for an initial batch of seven Eurocopter EC135 […]

Comments Off on Eurocopter and AVIATORS to Sign Major Contract 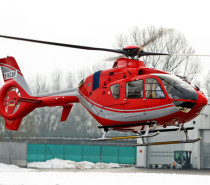 Eurocopter signed a contract for the sale of one EC135 to Ghodawat Industries for this Indian company’s business aviation requirements. Configured with seating for four passengers, the helicopter will be delivered in May this year and is to replace the company’s smaller Eurocopter EC120. Separately, Eurocopter provided a new EC135 to Mahindra & Mahindra, for […]